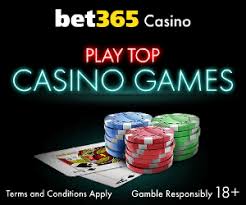 Industry titan Harrah’s Entertainment Inc. of Las Vegas is backed by many investors with deep pockets. The company has continued to progress with its properties despite billions of dollars of loss and a debt of $22 billion as a result of the current recession. Moody’s Investor Services recently released a report questioning the current growth strategy implemented by Harrah’s.

One of the main points of the report is that Harrah’s debt encumbrance continues to leave the company with deficient funds for maintenance and growth plans. Moody suggests that Harrah’s restructure the debt load, sell off assets, or go public on the stock market. At the same time, the three options all present new obstacles to the company.

Moody claims that like many other casinos, they need to find a method of bringing new customers in while retaining current consumers as the gaming industry is in decline and unlikely to rebound in the near future. Despite financial engineering and some restructuring, debt payments consume 90 percent of earnings before depreciation, amortization, interest, and taxes.
Furthermore, Moody believes Harrah’s isn’t investing more in their properties, although with insufficient cash, it’s a difficult task to undertake. Over time this substantially damages their competitive position. It is clear that management is more focused on implementing growth than reducing the amount of debt.

Harrah’s owns nine Las Vegas Strip properties including Bally’s and Caesar’s Palace. Although second-quarter financial results are yet to be released, from 2008 to the first quarter of 2010, the company incurred $4.4 billion in losses, much in the form of asset write-downs. This was to compensate for their inability to generate profits.
Additionally, Harrah’s is challenged with annual interest costs of almost $1.7 billion. On the positive side, Harrah’s has managed to decrease operating costs by hundreds of millions of dollars.

Although no official comment has been made regarding their debt burden, Harrah’s recently acquired Planet Hollywood on the Las Vegas Strip with plans to attain Ohio’s Thistledown Race Track. Additionally, it is rumored they are looking to expand to a property in Mulvane, Kansas; all of this will substantial debt.
Although backed by deeply pocketed investors on Wall Street, Harrah’s needs to address the major debt issue at hand with a proper debt strategy. Expansion with no excess capital is a major mistake during a global economic recession.

Theme by Anders Norén — Up ↑